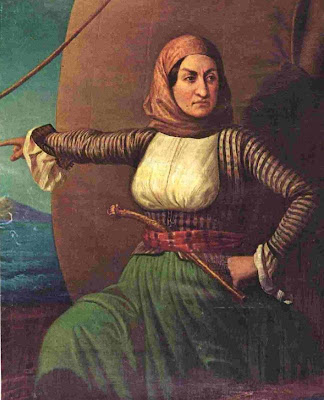 My earliest consciousness of gender -- the solid knowledge that, for some unfathomable reason, it was infinitely better to have been born a boy rather than a girl -- came when I was eight. I was the first born in our family and already had a sister under me when our first brother was born. I don’t really recall noting anything especially different about his treatment for the first couple of years he was around. It may have been there, but I didn’t notice it because something like that is utterly illogical and my steel-trap mind would have rejected it out of hand.

But then, when my brother was about two or so, I remember hearing for the first time a string of fateful words come out of my father’s mouth, with exaggeratedly pompous pride: “Hey, people! Come look at my bo-oy!” Had the blusterful announcement been attached to some particular behavior on my brother's part, I might not have paid any immediate attention. And it has been, after all, more than six decades since that moment and my father has been dead for years. But I remember it like it was yesterday.

We were in the car. My brother was so young that he was standing -- in pale blue short pants and white high top baby shoes -- on the seat. His white-blond hair was already in a crew cut and his blue eyes were glowing with recognition. My head swiveled automatically so that I could look at my father’s face as he gazed -- glowing -- on the person of his son.

I didn't yet know what I eventually learned: that a girl’s name had not even been chosen for me until after I was born and my parents had first dealt with the disappointment that I wasn’t a boy. But no one had to tell me who sat in the cat bird seat at our house (my dad) and who didn’t (well, the other one, my mother). But this, this exultant celebration of my brother’s being without his having done anything yet, so far as I could tell, other than just existing, entered my gut like a virus.

At nearly four times as old as my brother was, I had never heard my father utter such words directed at me. And I never did until I had children of my own and they were older than I was then.

In fact, when the time came for me to go to college, after having had my feet held to the academic fire in my high school’s college prep track where I was expected to -- and did -- bring home all A’s every semester for three years, my father told me point blank that I wouldn’t be getting one red dime (as he put it) for college because “women are for sex and cooking.” So it was twenty years before I killed that lie and got my first college degree in a calendar year.

I don’t recall feeling hurt exactly the many times I subsequently heard my father repeat the words that became enough of a mantra around our house that my sweet little brother would repeat them himself in his babyish voice at Dad’s every prompting: “Hey, people! Come look at my boy!” It was more that I understood something every time it was said: that I somehow did not deserve such acknowledgement. I had no idea why. And I didn’t like it. And I certainly didn’t blame my brother. But I think, over time, I came to accept that I was born worth less than my brother and it was not something I wanted to know.

I went to a feminist consciousness-raising group in the 1960's (to which I couldn’t even complete a six-week commitment). I went to work without my bra in 1969 (and lost my job). I hitchhiked alone across country. I subscribed to Ms magazine and got a ‘click’ letter printed in the Letters to the Editor section. I got jobs giving orders to men. And I left God knows how many hearts in my wake because I had no idea how to love myself enough to love anyone else.

But eventually, I completed a couple of degrees, attended a great deal of graduate school (which was when my father decided that maybe I hadn’t been such a bad idea, after all, especially since I was the only one of his children that had finished college), and then became a college teacher myself. Nevertheless, in spite of all the Feminist Theory and marches on Washington and Roe v. Wade and whatever else we fought so hard to accomplish and be, I found myself eventually at a party one night, listening to a small group of highly professional, highly credentialed, suitably productive women bemoaning helplessly the choice of a new -- and important -- colleague who talked about and treated women not much differently than my father did nearly fifty years ago.

Their faces were forlorn, their mouths turned down at the corners. But the thing that followed me home that night and wouldn’t leave me alone was how resigned to our fate they all seemed to be. And suddenly, the little girl that had looked so sharply at my father all those years ago stood up and gave me a hard shove in the back.

“Aren’t you tired,” she said, “of always sitting by quietly while some man claps some other man on the back and tells him what a great guy he is for doing less than you did twice already?”

“Aren’t you tired,” she went on, “of talking with the other crones about strategy instead of just bellying up to the bar, getting drunk, and punching some fool in the nose?”

“Aren’t you tired,” she growled, “of pretending that women have always been good and always been weak and always trailed in last when everything in your gut tells you different?”

And that’s when she started reminding me of the in-your-face women. The ones we so seldom hear or talk about, but who we secretly relish. The ones with the stories that make our eyes twinkle and our mouths take on a sly grin. The ones we somehow know have always been out there even though they seldom, if ever, make it into the his-story books.

So I decided to go exploring, to gather those stories together in a rich bouquet and make a present of it to the women and girls of the world. And what an adventure it has turned out to be! I found women I loved (and who would’ve loved me). I found women I was scared of (for good reason) and women who must have been crazy. I found women I want to be and women I don’t want to be. But mostly, I found great heart.

I didn’t necessarily choose women who were notable or admirable, strong or inspiring. Because millions of women have been all of those things across cultures and throughout time without being “in-your-face” about it. I know that many will question my choices and say that I should have left out this one and included that one, but the call is mine. I'm including the women whose stories made me sit up at my computer in the middle of the night and cackle gleefully, “Well, go ahead on, Louise (or Conchita or Tegla or Ng Miu)!” And I’m presenting them here for your entertainment -- one story a day for a year of your life. If they do for you what they’ve done for me, somebody better watch out.
Posted by Rebecca Hensley at 9:35 AM 7 comments 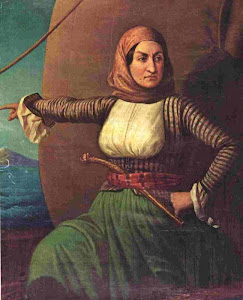 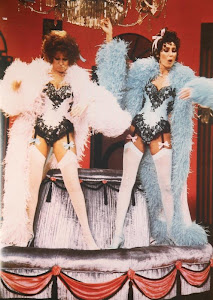 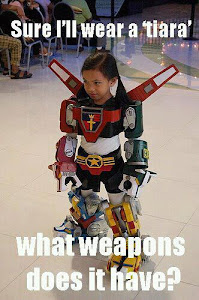